After graduating at the top of his class with a bachelor’s degree, Thang won a full scholarship from the Dutch government, to study a master’s degree at Wageningen University in The Netherlands, one of the top 100 universities in the world. He completed his dissertation at Utrecht University, the most prestigious university in the Netherlands and home to seven Nobel Prizes.

After graduation, he worked at the National University of Singapore, the number one university in Asia. While studying and working there, he wrote articles for prestigious scientific journals such as Development, and Plos Genentic.

Thanks to these experiences, Thang gained a deep understanding of English language instruction which he used to train students, workers, and directors of BIDV's Information Technology. He has also helped many of Trangloren's students successfully apply for admission to the best universities in the United Kingdom, the United States, Europe, and Canada, and well as advising many of these brilliant students in their applications for prestigious undergraduate and graduate scholarships from French, Australian, and Japanese universities. 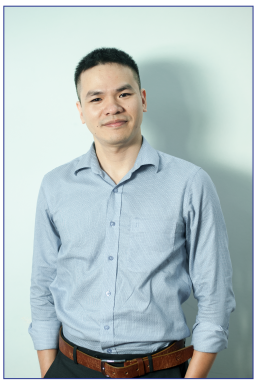 Trang earned her master’s degree on a full scholarship from the Dutch Government at Wageningen University in The Netherlands, one of the 100 best universities in the world. She also received an internship scholarship to Finland’s top university, the University of Helsinki. After studying in Europe, she spent some time working for the government of Singapore at A*star as a researcher and manager.

With extensive experience studying and working abroad, Trang has contributed to the training of more than 1000 students at the high school, undergraduate and postgraduate levels. She has the experience and knowledge to advise students in successfully applying to good universities and scholarships around the world in order to realize the dream of having more a Vietnamese professionals who can use English as a communication tool. Sending Vietnamese citizens abroad to study or work builds hope for the future of a truly prosperous Vietnam.

Dung holds concurrent bachelor's degrees with a major in English – Vietnamese and Germany – English translation and Interpreting from Vietnam National University in Hanoi. Her passion for English helped her achieve a score of 7.5 in IELTS as a freshman.

Now she has more than 5 years of teaching experience and the pedagogical skills to convey difficult and complex English problems in easily intelligible ways.

In addition, all her tours studies in English-speaking countries have helped her train generations of English learners who have attained high scores in IELTS examinations. For her, English is not the destination, but a good tool through which you can approach the world's knowledge, elevate your thinking, and finally, master and change your life. 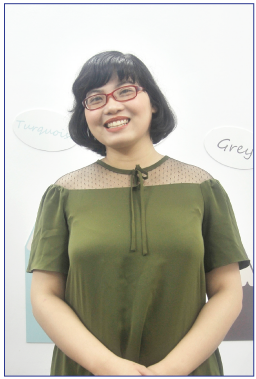 Over time, Sergio has developed a teaching style that is characterized by a relaxed, friendly atmosphere and lessons based on students’ individual interests. Now he is enjoying getting to know Hanoi and its welcoming residents. His ideal way to begin a day in the city is with a hot bowl of xoi xeo, followed by sipping a cold caphe nau while working on the novel he has been writing for almost two years.

Sergio’s greatest hope as a teacher is that his students leave his class feeling cheerful, respected, and a little more prepared to participate in our increasingly connected global community.

Caitlin graduated from the University of London, UCL in 2015, and has an international teaching qualification TEFL.

Her passion is English. Thus, after graduation, she spent some time as a pen for Chambers and Partners publisher, as well as editor for Europe and Me magazine. In 2016, she began her English teaching career in China for classes from elementary, intermediate to advanced. In particular, she has extensive experience in IELTS preparation and is dedicated to helping her students succeed in the IELTS examinations.

She likes to explore Hanoi, learn new things and experience the culinary culture of Vietnam. She hopes to welcome you to her class soon. 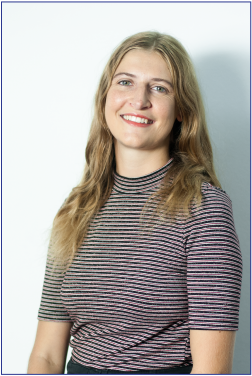